House of Silence by Sarah Barthel 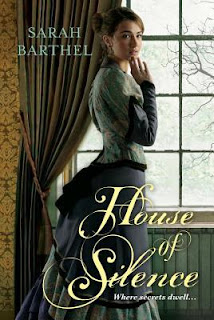 Oak Park, Illinois, 1875. Isabelle Larkin s future like that of every young woman hinges upon her choice of husband. She delights her mother by becoming engaged to Gregory Gallagher, who is charismatic, politically ambitious, and publicly devoted. But Isabelle s visions of a happy, profitable match come to a halt when she witnesses her fiance commit a horrific crime and no one believes her.
Gregory denies all, and Isabelle s mother insists she marry as planned rather than drag them into scandal. Fearing for her life, Isabelle can think of only one escape: she feigns a mental breakdown that renders her mute, and is brought to Bellevue sanitarium. There she finds a friend in fellow patient Mary Todd Lincoln, committed after her husband s assassination.
In this unlikely refuge, the women become allies, even as Isabelle maintains a veneer of madness for her own protection. But sooner or later, she must reclaim her voice. And if she uses it to expose the truth, Isabelle risks far more than she could ever imagine.
Weaving together a thread of finely tuned suspense with a fascinating setting and real-life figures, Sarah Barthel's debut is historical fiction at its most evocative and compelling. 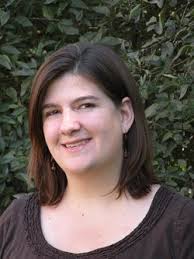 Being raised on classic films and old time musicals, it isn’t surprising that Sarah Barthel found her passion in writing historical fiction. She often says she was born out of time, but appreciates modern toothpaste and chocolate! Her hometown, just outside Chicago, is full of old-fashioned charm and serves as inspiration for much of her work. Before writing House of Silence, she drove past Bellevue Sanitarium often and wondered what life was like there for women like Mary Lincoln. After many years of wondering, Isabelle’s story was born. She lives with her two beautiful daughters and loving husband. Follow her on Facebook, Twitter or Sarahebarthel.com.

Talk about saving face, Isabelle Larkin’s mother will go to all extreme’s to stay in societies graces. At least that is how it appears when she is looking for a husband for her daughter, and once found, she will not give up until they are wed.
Gregory Gallagher has Oak Park, Illinois society falling all over him, but he has chosen Isabelle, and life looks good for all. When Gregory shows a sign of himself that Isabelle has never seen, and would never want to see again, she knows she must be rid of him. Her Mother of course, will hear nothing about her not marrying, and she tries her best to snap Isabelle back into the person she wants her to be and do what she wants.
Wow, maybe having money is really not worth it, but this is another era in America and 1875 is a very different time that current time, but if you don’t have your mother on your side, we see what Isabelle is determined to do.
She is one smart and clever girl, and when she is at the sanitarium, she is one good actress. The author has put a bit of history into this book by including Mary Todd Lincoln, and yes she was actually present at the time this fictional character was also here.
As you turn the pages you never know what is going to happen next, and I kept hoping that they will all survive.
I received this book through Net Galley and Kensington Books, and was not required to give a positive review.