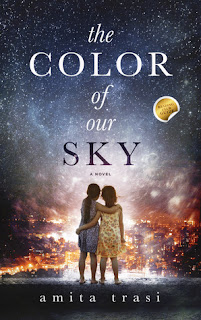 A sweeping, emotional journey of two childhood friends—one struggling to survive the human slave trade and the other on a mission to save her—two girls whose lives converge only to change one fateful night in 1993.

India, 1986: Mukta, a ten-year-old girl from the lower caste Yellamma cult of temple prostitutes has come of age to fulfill her destiny of becoming a temple prostitute. In an attempt to escape this legacy that binds her, Mukta is transported to a foster family in Bombay. There she discovers a friend in the high spirited eight-year-old Tara, the tomboyish daughter of the family, who helps her recover from the wounds of her past. Tara introduces Mukta to a different world—ice cream and sweets, poems and stories, and a friendship the likes of which she has never experienced before.As time goes by, their bond grows to be as strong as that between sisters. In 1993, Mukta is kidnapped from Tara’s room.

Eleven years later, Tara who blames herself for what happened, embarks on an emotional journey to search for the kidnapped Mukta only to uncover long buried secrets in her own family.
Moving from a remote village in India to the bustling metropolis of Bombay, to Los Angeles and back again, amidst the brutal world of human trafficking, this is a heartbreaking and beautiful portrait of an unlikely friendship—a story of love, betrayal, and redemption—which ultimately withstands the true test of time. 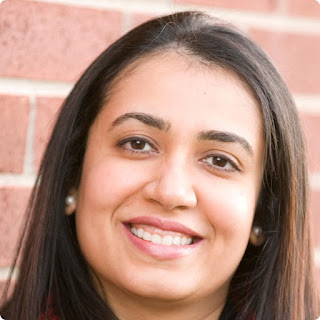 Amita Trasi was born and raised in Mumbai, India. She has an MBA in Human Resource Management and has worked with various International corporations for seven years. She currently lives in Houston with her husband and two cats. The Color of Our Sky is her first novel.
For More Information

After I turned the last page of the Color of Our Sky, I knew this book was not over for me. It will be with me for a very long time, the painted images and the characters became very real, and not easy to forget.
We meet head on the caste system that is prevalent in India to this day, and once born your assignment does not change. Thinking of my relationship with my sister’s and how easy my life has been in contrast to what this story portrays and the utter disappointment with your lot.
I had a chance a few years ago to ask my husbands Doctor, who was from India, how he felt about the caste system. He was very pro it, and I reflected that for him an upper class why wouldn’t he, I’ll bet his outlook would be very different if he was a Dalit’s, untouchable.
We get a look at an upper class family, their children able to go to school, and enjoy their life. Then we get a look at the children born to prostitutes with their future assigned at birth, the worse being born a girl. We put faces to these people as we delve into this story, and everything becomes so real. We deal with the guilt the thought of being responsible for putting someone in a brothel, and the ways that the guilt is dealt with is sad. This part of the story sure had a lot of twists and surprises that I never saw coming.
You will quickly be absorbed in Tara’s and Mutka’s story, and you won’t want this book to end.

I received this book from the Author through Pump Up Your Book Virtual Book Tours, and was not required to give a positive review.