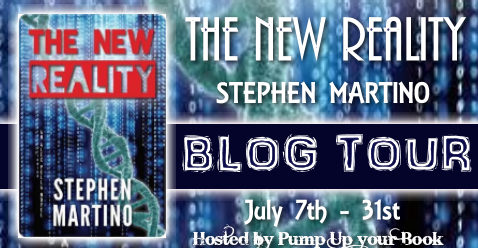 Pump Up Your Book is pleased to bring you Stephen Martino’s The New Reality virtual book tour July 7-31! 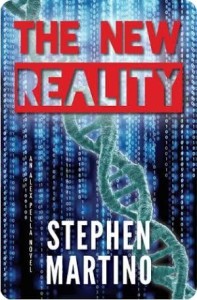 Title: The New Reality
Author: Stephen Martino
Publisher: Light Messages
Pages: 333
Genre: Thriller
Format: Paperback/Kindle
Alex Pella, an acclaimed neuroscientist and the hero of the new medical thriller, THE NEW REALITY, finds himself racing across the globe to find a cure for a rapidly spreading illness threatening to end all of humanity. To combat this worldwide pandemic, Pella and his colleagues must use modern science in an attempt to decipher a code hidden by God within the original pages of the Bible.
THE NEW REALITY is the first book in a projected trilogy starring Alex Pella, created by New Jersey-based neurologist Stephen Martino. With his mixture of medicine, politics, biblical riddles, and futuristic science, Martino joins such masters of the medical thriller genre as Dan Brown, Michael Crichton, and Robin Cook.
Martino’s villain is a deadly retrovirus accidentally unleashed on the world in the year 2080, a time when no country is financially equipped to deal with such a disaster. It’s up to Pella and NIH expert Marissa Ambrosia to lead the search for a cure while fending off an elite foreign military unit sent to stop them. The scientists, guided by an ancient code concealed within the Hebrew text of the Old Testament, traverse ancient lands in an attempt to solve a biblical riddle and save humanity from total extinction.
Martino says he wrote THE NEW REALITY “more than just to entertain the reader. I really wanted to create a novel with substance, like (Brown’s) THE DA VINCI CODE or (Crichton’s) JURASSIC PARK. These books not only tell a fantastic story, but they also make the reader think.”

In THE NEW REALITY, Martino has included such hot-button contemporary topics as genetic manipulation, gene therapy, unprecedented economic debt, and the rise of big government, combining them with more esoteric subjects such as the Bible Code and the mysteries hidden in the Book of Revelation.
The Bible Code, Martino explains, does exist and was discovered by Dr. Eli Rips, a mathematician in quantum physics. The code has been confirmed by mathematicians at Yale, Harvard, and Hebrew University, as well as by peer-reviewed mathematical journals and the Pentagon. The code, Martino continues, is found in the original Hebrew version of the first five books of the Old Testament, called the Torah, and only in its untranslated, Hebrew form.
All of these elements, Martino maintains, separate his book from the pack. He calls THE NEW REALITY “issue-oriented fiction. There are real concerns facing society today that threaten both the sovereignty and prosperity of our future generations. Though fictional, my novel addresses some of these issues and predicts the potential consequences we face as a nation if they are not properly addressed today.” 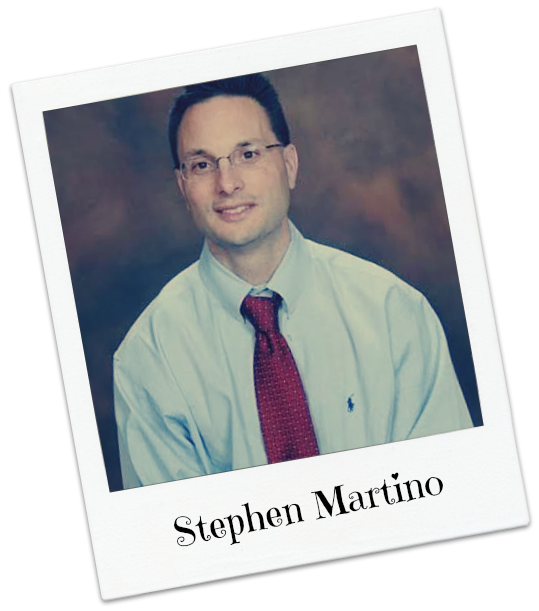 Stephen Martino holds an M.D. from the University of Pennsylvania and is a neurologist in New Jersey. When he is not working, he can be found with his five children doing homework or cheering them on at a soccer field, basketball court, or dance recital. Martino is a member of the Knights of Columbus, a Cub Scout den leader and is an active public speaker, helping to educate the local community and healthcare professionals on the signs, symptoms and treatment of stroke. THE NEW REALITY is his first novel.
For More Information